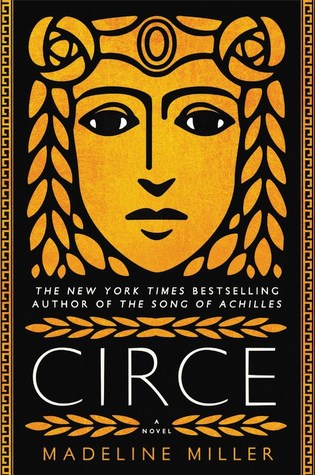 While I was reading Circe, I became one of “those” people, you know, the ones who can’t stop talking about the novel to everyone who crosses their path.

Author Madeline Miller uses vivid prose that just feels like it sparkles off the page to draw you into Greek mythology’s most famous witch. She wields these sharp words which envelope you in this world, proving that lush doesn’t have to mean verbose. The mortals looked “as weak as mushroom gills.” Penelope “moved like a wave herself, graceful, but with relentless, driving motion.”

As Circe discovers the magic that earned her those lines in Homer’s Odyssey, she comes to terms with her new powers: “All this while I have been a weaver without wool, a ship without the sea.”

The pacing is perfect. The suspense is born from Circe’s goals and actions, not fabricated for the sake of suspense. But the real power of the novel is the psychology of this strong woman for whom everything is at stake. Beyond the witches and monsters and gods and nymphs is a character who can see past herself, who understands her situation, who changes by slowly growing into herself.

If you enjoy Greek mythology, you’ll love Circe. If you’re not into Greek mythology (like me), don’t shy away from this novel. At its core, Circe is about a complex, maligned hero with adventure and betrayal (oh, and some magic and monsters for good measure).

*Affiliate link. If you make a purchase through this link, I’ll receive a small compensation. It is absolutely no cost to you.