11 Recommended Books of the Year

For readers who like their prose sharp, witty, and unflinching: Fleishman Is in Trouble by Taffy Broesser-Akner. Toby Fleishman is indeed in trouble. His marriage is over, his career is on the rocks, and his oldest friends don’t get him. This may seem like the start of every “mid-life crisis” novel, but the unique observations are what I found most compelling. Those observations come at a rapid, Gilmore-esque clip which mimicked the characters’ reevaluation of every aspect of their lives. The dense prose forced me to slow down for fear of missing some insight, not only into their lives but my own as well. Though sometimes falling into navel gazing, I valued this book as a keen example of how to develop a character’s interiority.

For those who love rock ‘n’ roll: Daisy Jones & the Six by Taylor Jenkins Reid. Oh my goodness, but I enjoyed this book. It was a fast and furious ride, structured in an interview format, Rolling Stone style. While this may seem like an easy way out, narratively speaking, Taylor Jenkins Reid only makes it look easy. I know some readers found this structure to be a barrier to engaging with the story, but stick with it. Over the course of the story, the characters and their conflicts become the central focus. The old grudges, bickering, and disputes are fueled by their personalities. What a terrific example of developing a central story question and following that thread to the very last line. For me, this is what makes Daisy Jones a compelling read, far beyond the characterization and structural elements.

For those who are interested in, well, normal people: Normal People by Sally Rooney. Sometimes stories are labeled as “quiet,” a term usually used in a pejorative way. But I often find that these so-called “quiet” stories are the ones that burrow deep in my mind and heart, staying with me for weeks and even months after I close the book. Normal People is one such story. Alternating between Connell and Marianne, we follow their on-again, off-again relationship as they explore what they want from life and each other. The tension increases and then abates. Read in awe as Sally Rooney makes every word count and subtly moves your sympathy between the two main characters.

For anyone who wants to be afraid: The Dreamers by Karen Thompson Walker. Imagine a world where a highly contagious virus causes people go to sleep and never wake up… (Sounds like a voice over for a big budget action movie, doesn’t it?) Yet that’s not the whole story. There’s something unusual about this sleeping sickness. The patients are experiencing unusual, inexplicable dreams. What I find enticing about this story is how the author increases the suspense at turns in small steps and great leaps. The storyline with the parents of a newborn makes this worth the read alone. My one disappointment is that we don’t get too close to any one character, though it’s understandable — how can we when they’re dropping like flies? You’ll be enthralled how a writer can take the simple “what if” question and expand it into a dynamic and compelling novel.

For those who want a charming, feel-good read with adults who act like adults: Evvie Drake Starts Over by Linda Holmes. Evvie is a young widow dealing with her town’s expectations of how she should grieve, and Dean is a Major League baseball pitcher unable to play due to anxiety. The story is light-hearted with rich characters who have relatable problems. Even though we can anticipate the happily-ever-after, it’s still delightful and restorative — a satisfying novel ending with a high pay-off. This is no easy task, but Linda Holmes does it justice.

For those who want to read a book with an important message: The Book of Delights by Ross Gay. Written to record the small joys–the everyday and the extraordinary–that span one year of Ross Gay’s life. He is keenly observant and curious, two qualities I admire tremendously. Gay reminds us that delight shouldn’t be an afterthought; we should seek it out and revel in it. This is a collection of short essays that reads like poetry, a catalog that reads like an inventory of happiness. This small volume is a gift to remind us how words have power and the importance of seeking out delight.

For those who want honesty with humor: I Miss You When I Blink by Mary Laura Philpott. In this memoir-in-essays full of keen observations about home, work, and creative life, I enjoyed the author’s takes on the conflicting pressures of adulthood. Once she’d completed her life’s to-do list, she found that instead of feeling content and successful, she felt anxious. Is it better to stay the course, or blow it all up and move on? Are those the only options we get? I love how she slowly uncovers the paradox that runs through her life, and all of our lives: multiple things can be true of us at once.

For historical fiction lovers: Time After Time by Lisa Grunwald. Let me be straight with you up front. There is a time travel element in this book. Still with me? Good. Because I thought this was an underrated book of the year. It’s inspired by the legend of a woman who vanished from Grand Central Terminal. Joe, who works as a type of train traffic controller, despairs when he tries to walk Nora home from Grand Central and she disappears. For reasons I will not share due to spoilers, they discover she cannot leave Grand Central. Finding her again—and again—will become the focus of his life from the 1920s through WWII. This book is a stellar example of how to make the setting another character in the story, and how to use a finite space to tell a sweeping story (with echoes of A Gentleman in Moscow, The Time Traveler’s Wife, and The Curious Case of Benjamin Button).

For those looking for an atypical heroine: Eleanor Oliphant Is Completely Fine by Gail Honeyman. Eleanor doesn’t fit in. She’s very rigid and set in her ways. She struggles with appropriate social skills and lacks a filter between her brain and her mouth, but it’s more than that. She lives day to day not expecting more. What will change to force her to adjust her expectations? The story is smart and humorous, but also at turns shocking and unsettling. As the first person narrator, Eleanor is astutely observant, sharp, and witty–a dynamic combination. Let me know if you read this one and your thoughts!

For those who enjoy big juicy family sagas: The Most Fun We Ever Had by Claire Lombardo. Following four adult daughters over nearly fifty years, this hefty novel is one to immerse yourself in and chew on. I found truth and honesty in the depiction of their lives. It shows the good, the ugly, and the complexity of family relationships. Each character’s voice is distinct without falling to archetypes. I felt I could open the book to any page and identify the character’s POV. This is a remarkable skill to be sure. Honestly I found the beginning a bit confusing with the introduction of many characters and perhaps some subplots could have been trimmed, but I found the value of the story outweighed these flaws.

For anyone grappling with finding their purpose: Dear Edward by Ann Napolitano. I love the central story question: In the face of tragedy, what does it take to find joy? Twelve-year-old Edward, his brother, parents, and 183 other passengers board a flight for Los Angeles. The plane crashes. Edward is the sole survivor. The narrative of his present life (post-crash) is intercut with the hours of the flight, his fellow passengers who will stay with him forever. The survivor’s guilt weighs on Edward as he grows up, examining every decision he made that fateful day. Despite the potential for despair in the premise, it’s actually a hopeful book, a way to look beyond the disaster. Every moment serves to feed that central story question, making for a focused, tight narrative that freed the reader to be swept away by the character.

Before you go… Starting January 2020!

31 Days of Writing Inspiration is a gentle, friendly reminder of your commitment to your writing practice right in your inbox. Every day throughout January, you’ll receive a message from me with meaningful bite-size boosts to help you stay on track. I hope you will be interested in joining me. For more details and how to join (for free). 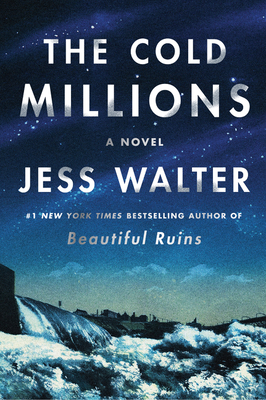